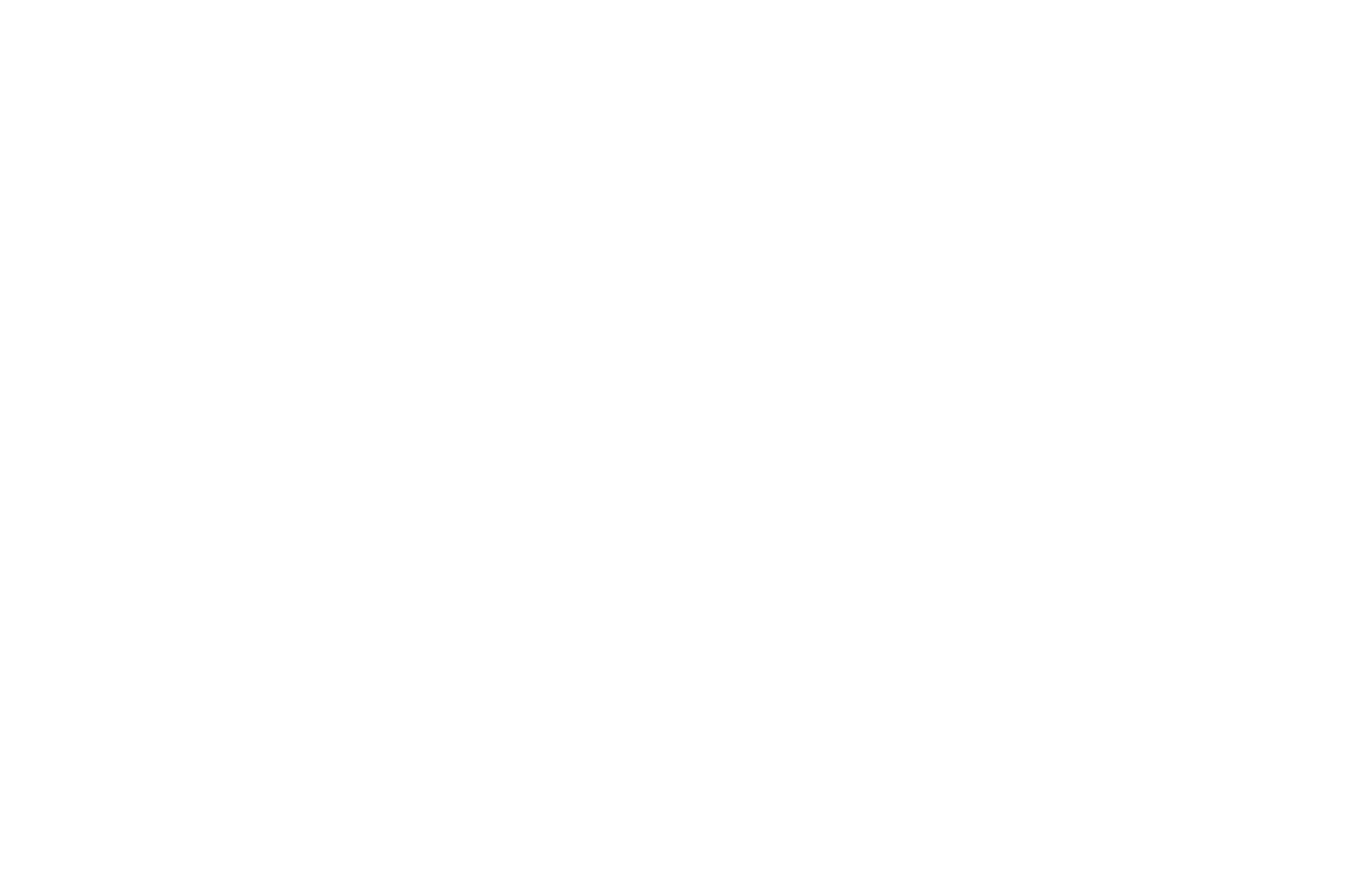 Inaugural Edition Will Bring Together Politicians, Regulators, Central Bankers, Technologists, Entrepreneurs, C-Suite Executives, Blockchain Thought Leaders, Academics and Activists From Around the Globe to the Trade Fair and Congress Center in Málaga, Spain Between November 11 and 13, 2019

Brussels – September 10, 2019 – The organisers of Convergence – the Global Blockchain Congress have announced the agenda and a first set of speakers for the inaugural event. The conference will bring together over 1,500 participants from the worldwide blockchain community for an intense dialog with regulators, policy makers, industry influencers and members of the social impact community. Convergence will be held at the Trade Fair and Congress Center in Málaga from November 11 to November 13, 2019.

The first set of speakers being announced includes:

Further speakers and organisations, as well as sponsors, will be communicated over the next several weeks. Up-to-date information on the agenda and participants can be found on the event website at www.blockchainconvergence.com

Complete with information on the latest industry trends, as well as future challenges that are top of mind, the agenda features a broad program of presentations, panels, workshops, cultural events and roundtable discussions over three days. Convergence will explore cross-cutting issues of direct importance to the industry:

Moreover, workshops and deep dives will connect start-ups and users across these verticals:

Applications are now open for the Global Blockchain Challenge that will be held on November 11. This is an open innovation initiative to bring together developers, regulators and business people to address challenges around the UN’s 17 Sustainable Development Goals (SDGs) and deliver impactful, cross-disciplinary blockchain-based solutions. Members of the European Parliament will be among the many mentors, and prizes include a European Acceleration Ticket worth 10,000 euros. For more information and to apply please visit: www.blockchainconvergence.com/global-blockchain-challenge/

“Blockchain is a transformational technology that is impacting business already. However, many issues around regulatory compliance, interoperability and new business models need fresh thinking from public authorities, policymakers and companies alike. In Málaga, we will have the best occasion to engage with all relevant stakeholders to create solutions and bring the use of blockchain to the next level,” comments Christoph Steck, Director Public Policy and Internet
for Telefónica. “Blockchain for Smart Cities offers disruptive functionalities for social change, with the capacity to revolutionise governance, citizens’ participation, and public services. These are the main subjects and opportunities that I look forward to communicate during my talk, and also to meet
and discuss with all the industry key players that will be present at the congress,” comments Stefan Junestrand, PhD Architect, CEO Grupo Tecma Red, member of the “EU Blockchain Observatory” and a main contributor to the forthcoming “Blockchain 4 Cities” report by U4SSC (United Nations / ITU).

Convergence enables attendees to shape the industry by connecting with thought leaders and influencers, regulators and policy makers. The event is a unique opportunity and can help set blockchain priorities for the coming years. Participants will receive global exposure and a vision of the blockchain “big picture.”
At Convergence , attendees will enjoy a number of exclusive networking opportunities not available at any other blockchain gathering.

The full agenda, info about the registration and info about sponsorship can be found on the event website at: www.blockchainconvergence.com as well as in the sponsorship deck .

INATBA, the International Association for Trusted Blockchain Applications, offers developers and users of DLT a global forum to interact with regulators and policy makers and bring blockchain technology to the next stage. Initiated by the European Commission and launched in April 2019, the association already has a membership base of more than 150 organisations, from start-ups to key industry players of various sectors. The association is additionally supported by an Advisory Board including organizations like the OECD, World Food Program, the World Bank, and the United Nations.

The core objectives of the association are to:

You can find out more about INATBA by visiting https://inatba.org .

About the European Commission’s DG CONNECT

The Directorate‑General for Communications Networks, Content and Technology is the Commission department responsible for developing a digital single market to generate smart, sustainable and inclusive growth in Europe.

The European Commission’s policy for blockchain and other Distributed Ledger Technologies aims at developing a common approach for the EU in the international arena. Blockchain may bring great improvements for the European industry: from start-ups to large corporates, administrations and citizens. It can enable the provision of more efficient services and the emergence of new ones. This in turn can contribute to economic growth, boosting jobs, competition, investment and innovation in the EU.

About the EU Blockchain Observatory and Forum

The European Blockchain Observatory and Forum is a European initiative to accelerate blockchain innovation and the development of the blockchain ecosystem within the EU, and so help cement Europe’s position as a global leader in this transformative new technology.

Created as a European Parliament pilot project, the EU Blockchain Observatory and Forum is being run under the aegis of the European Commission’s Directorate General for Communications Networks, Content and Technology (DG CONNECT). Its mission is to:

● Identify and monitor blockchain initiatives and trends in Europe and globally on an ongoing basis
● Produce a comprehensive, publicly available source of blockchain knowledge through original research as well as gathering and collating expertise from the best European and global sources.
● Create an attractive and transparent forum where all of Europe’s blockchain stakeholders, from thought leaders and entrepreneurs to early adopters and the general public, can share experience, debate issues, and reflect on the future of this new technology.
● Make recommendations on the role the EU could play in accelerating blockchain innovation and adoption.

You can find more information about the initiative here: http://www.eublockchainforum.eu

Alastria is a non-profit association that promotes the Digital Economy through the development of decentralised technologies/blockchain. Alastria is a multi-sector consortium to which more than 500 entities of all sizes and sectors have already joined. The members of Alastria collaborate and compete within a permitted public network, which has the basic tools for the development of blockchain strategies thought in the distribution and organisation of products and services for the Spanish and European market.

You can find more information about the Alastria here: https://alastria.io/en/

You can reach the joint PR team of Convergence – The Global Blockchain Congress via: convergence-pr@inatba.org

This website uses cookies to improve your experience while you navigate through the website. Out of these cookies, the cookies that are categorized as necessary are stored on your browser as they are as essential for the working of basic functionalities of the website. We also use third-party cookies that help us analyze and understand how you use this website. These cookies will be stored in your browser only with your consent. You also have the option to opt-out of these cookies. But opting out of some of these cookies may have an effect on your browsing experience.
Necessary Always Enabled
Necessary cookies are absolutely essential for the website to function properly. This category only includes cookies that ensures basic functionalities and security features of the website. These cookies do not store any personal information.
Non-necessary
Any cookies that may not be particularly necessary for the website to function and is used specifically to collect user personal data via analytics, ads, other embedded contents are termed as non-necessary cookies. It is mandatory to procure user consent prior to running these cookies on your website.
SAVE & ACCEPT